Scientific talk - “Global challenges- what the Botanists concerned about the environment they live in, can do?”

A talk on “Global challenges- what the botanists concerned about the environment they live in, can do?” was delivered by Prof. C.R.Bhatia, former Secretary, Department of Biotechnology, Government of India, on 25th February 2013 at CSIR- NBRI. The talk was organized by the International Society of Environmental Botanists in collaboration with CSIR – National Botanical Research Institute, Lucknow. 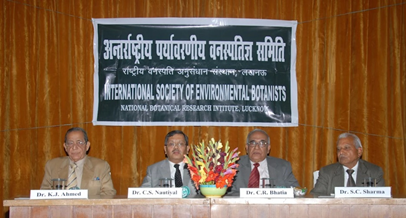 Prof. Bhatia stressed on the current global problems - water, food, energy, environment, unemployment, increasing population, poverty and climate change. He explained how food, water and energy are interchangeable. With more water, more food as well as energy can be produced. With more energy, more water can be made available. It can be transported over long distances. The sea water can be used as fresh water after desalination. However, this is a highly energy intensive method. Further, food can be converted to energy, e.g., ethanol, biofuels. He also emphasized on the environmental impacts of the green revolution technologies which led to environmental crises like land degradation, depletion of groundwater, pesticide residue in soil and plants going into the food web, brown clouds formed due to burning of straw, and loss of traditional varieties and biodiversity. 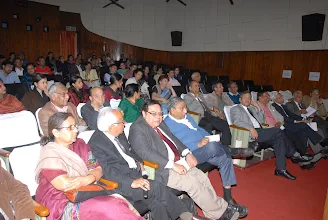 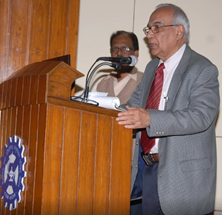 He pointed out that all global issues are further magnified in the case of India because of the high population density and poverty of a large section of the population. This is putting pressure for more food, water, energy and clean environment for sustainability of the increasing population. Prof. Bhatia raised the question to the botanists as to how and what they can do to resolve these problems and gave his own suggestions like (i) enhancing land productivity with limited inputs of water, energy, plant nutrients and management, (ii) reducing the production cost of food and raw material for industry (e.g. cotton textile, sugar and jute industries). While increasing the productivity of plants the botanists need to be proactive in identifying environment damaging practices and develop technologies to prevent and reverse the adverse environmental impacts. He suggested that plants can be used as sensitive indicators for monitoring environmental pollutants. Prof Bhatia emphasized that botanists can further play an important role in solving the different global problems. He further added that besides scientific research, botanists have also to play a societal role for resolving these problems. They can create social awareness on the environmental issues, e.g. by giving plants instead of flowers on all occasions, segregation of garbage and recycling biological waste into manure and, adopt environmental friendly practices. Land area of the country is finite, therefore, the economic growth can be possible if the plant scientists focus and translate their vision into reality to improve the rural economy and create demand for industry and services for overall growth of the economy. 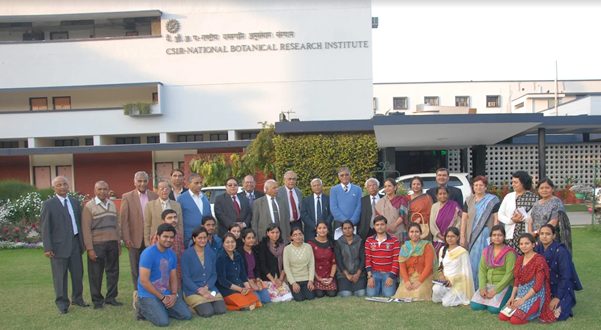