It is a matter of great pride and satisfaction that CSIR_NBRI based International Society of Environmental Botanists (ISEB)has completed 27 years of its existence. It was founded on 3rd December 1994 under the guidance and inspiration of Dr. P.V. Sane, the then Director of NBRI. The Society was established to promote the cause of environmental protection, biodiversity conservation, sustainable development and pollution mitigation. 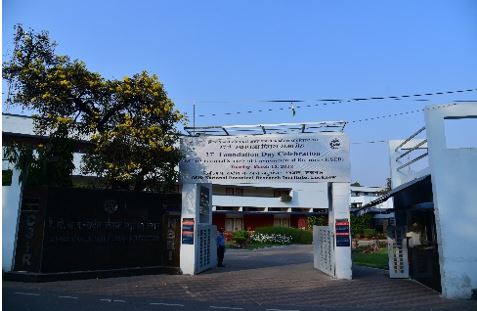 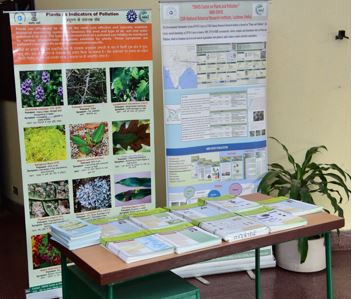 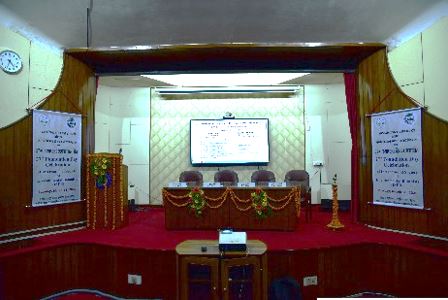 While welcoming the guests, Prof. S.K. Barik, Director, CSIR-NBRI and President of the society informed that ISEB was founded in the historic town of Lucknow, India and since its inception has been actively engaged in promoting research, education, and awareness on the role of plants in preserving our environment. He mentioned that the membership of ISEB has grown from 28 in 1994 to more than 570 now, covering several countries of the world, besides all corners of India. ISEB and CSIR-NBRI have jointly organized a series of International Conferences of Plant and Environmental pollution (ICPEP) in CSIR-NBRI with the participation of leading scientists from more than 40 countries across the globe

Prof. Barik further informed that ISEB is also a Scientific Member of International Union of Biological Sciences (IUBS), Paris, in the category “Ecology & Environmental Biology” since 2004. IUBS has recently funded a project “Environmental Education and Climate Change Adaptation: Science of Pollution-Tolerant and Climate Resilient Plants” to ISEB in collaboration with CSIR-NBRI. The project has the participation of 10 countries – India, Germany, Mexico, USA, Nepal, Finland, China, Bangladesh, Spain and Ecuador. The project aims to develop capacity for screening pollution tolerant and climate resilient plants for climate change adaptation at local level, as well as to enhance awareness on climate change adaptation strategies.

Prof. Barik also informed that every year ISEB also confers ISEB Fellowship and Young Scientist Award to researchers/scientists who have made significant research contributions in the field of Environmental and allied Sciences. ISEB Fellowship for the year 2020 was confers to 10 scientists whereas Young Scientist Award was awarded to three young researchers.

Prof. Barik also told the audience that ISEB is publishing a quarterly newsletter Enviro-News since January 1995, with an aim to bring latest and complex scientific information on plants and environmental sciences to the reach of specialists and non-specialists, in simple language, and today it is highly popular scientific news magazine. ISEB has also launched a quaterly scientific journal International Journal of Plant and Environment (IJPE) since 2015 and in a short span of 7 years it has gained international acclaim and recognition. The latest issues of Journal and ENVIRONEWs were released by the ISEB President, Chief Guest, Guest of Honour and ISEB Secretary on the auspicious day.

Highlights of Dr. Kamboj’s lecture
Dr. Kambhoj empasised on different environmental issues and its impact on quality of life of human beings. He talked on role of anthropogenic interventions in degrading environment and he highlighted issues like increase in discharge of chemical/waste from Industries into different water bodies and its contamination. He also discussed about heavy use of pesticides and heavy metals which are responsible for contamination of soil, deteriorating quality of food and affecting food-chain. He also highlighted on air quality deterioration due to release of air pollutants in air and its impact on human health as air pollution causes many diseases like bronchitis, asthma, emphysema, chronic obstructive pulmonary disease (COPD) and about 29% death are due to lungs dysfunction caused due to air pollution.

In the end he discussed about role of environmental sustenance to maintain quality of life like by minimizing discharge of harmful chemicals in river, reducing emission of air pollutants, use of biofertilizers and biopesticides to protect soil from heavy metal contamination and harmful chemicals and to reduce use of plastics and recycle them in valuable form like production of petrol from plastics.

Highlights of Prof. Singh’s lecture
Prof. Singh highlighted United Nation Sustainable Development goals which focuses on finishing hunger. According to him Sustainable food security should be ensured across the globe. To meet the increasing demand for food crops people have switched to inorganic agricultural practices from using enormous amounts of fertilizers to the inappropriate number of pesticides. This led to the degradation of soil and so many functional abnormalities in humans as well as animals. Another major cause of loss in crop production is climate change and loss of forest cover in the entire world. According to the Forest Survey of India (FSI), which comes under the Union environment ministry, declared the total forest and tree cover of India is currently 8,09,537 sq. km – spanning 24.62% of India’s total geographical area and recommended forest cover should be 33% of the total geographical area. During 2018-19, around 97.85 million hectares (29.7%) of India’s total geographical area (TGA) of 328.72 m ha underwent land degradation. So, land degradation is a limiting factor for food security. To rectify degraded land, ecological restoration and biodiversity measures should be followed at the ground level via national ecological polices and national socio-economic policies. This will result in food security and human well-being. Ecological policies include the design of a novel ecosystem. 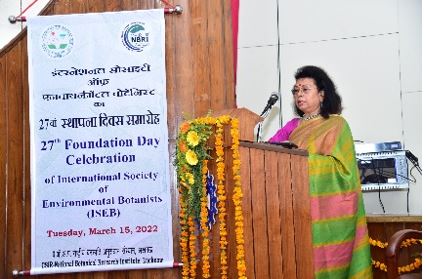 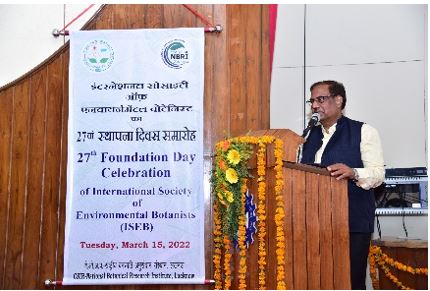 The idea of novel ecosystem design is not new; however, it is more realistic and needed in the current scenario. A designer ecosystem has several befits over existing ecosystems. Designer ecosystems have additional GHGs sink and also contain enriched endemic species that in turn enhanced biodiversity, soil stability and increased genetic pool. A designer ecosystem can be designed for sorting the targeted problem like degraded wetlands. Yamuna Biodiversity Park is one successful example of a designer ecosystem. This can also solve the problem of degraded Riparian belts. A designed Riparian belt provide lots of ecosystem and economic services that add value to the quality of the environment. A designed ecosystem provides a suitable environment for the growth of beneficial and endemic soil microbes and these microbes along with endophytes plays crucial role in maintaining plant growth and productivity. However, much concern should be given to ecological restoration by the means of designing novel ecosystems to overcome problems of food security, heavy metal and degraded land problems. After opting designed ecosystem, we can generate economically and ecologically useful below ground and above ground ecosystems in the wasteland on low expenditure which will convert carbon sources into carbon sinks which will give us enormous economic and ecological benefits. 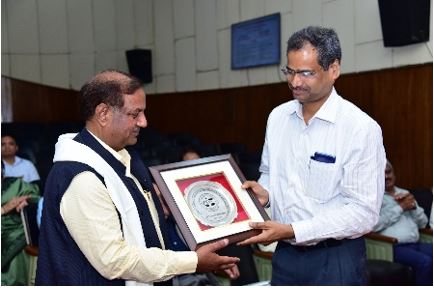 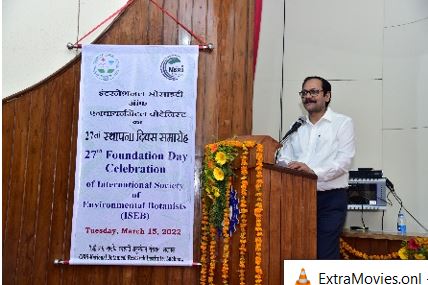 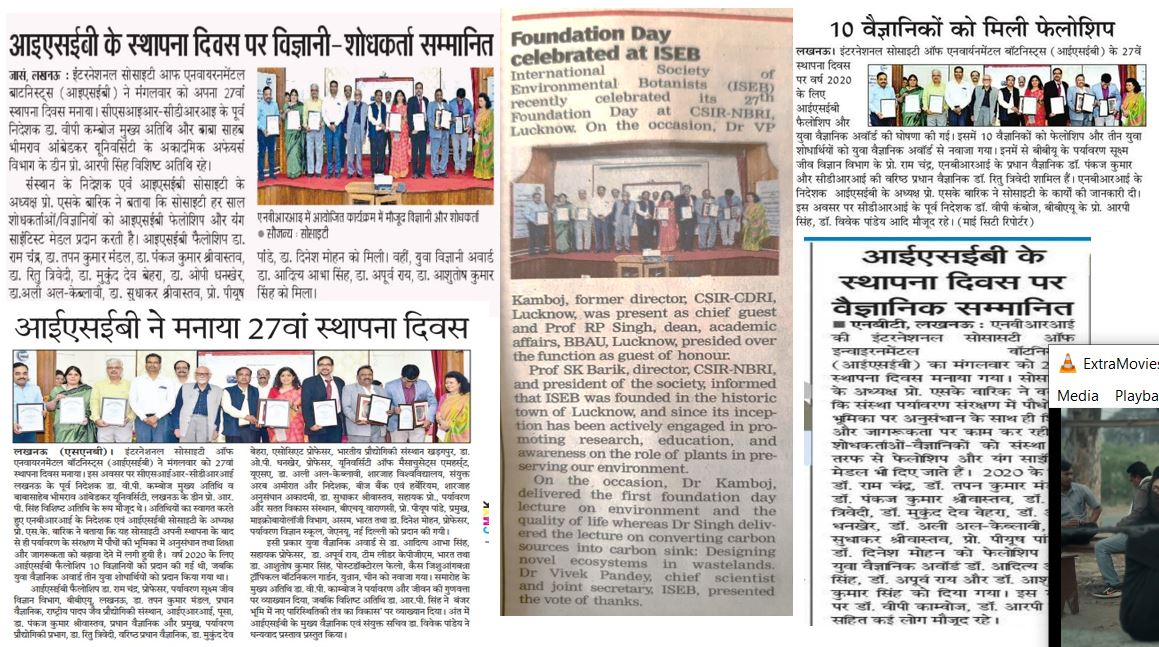