Film 'AN INCONVENIENT TRUTH' Screened for Students and Teachers

Home /Film 'AN INCONVENIENT TRUTH' Screened for Students and Teachers

Indian National Science Academy (Lucknow Chapter), under the guidance of its Convener, Dr. Rakesh Tuli has launched a series of programmes to sensitize children about the challenges in Environmental science, especially the changes faced by our planet due to climate change. International Society of Environmental Botanists (ISEB) is organizing these programmes in collaboration with the National Botanical Research Institute, Lucknow.
A programme under the series was organized on 19 November 2007 to coincide with the birthday of late Indian Prime Minister Indira Gandhi, whose interest in environment and children is too well known. On this occasion, famous documentary film “An Inconvenient Truth” was screened at NBRI auditorium. An Inconvenient Truth is a 2006 American documentary film about U.S. Vice President and Nobel Laureate Al Gore’s campaign to educate people about Global Warming. The film is a collection of clips of Al Gore’s environmental speeches that he gave multiple times all over the world. Through the documentary the audience were enlightened by the brief explanations he gave of the theories on which climate change works, like 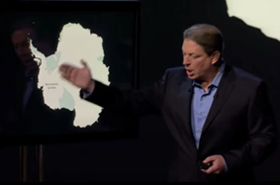 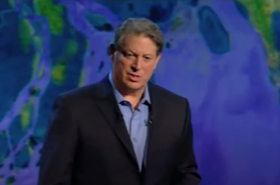 The film show was watched by nearly 100 students and teachers of St. Fidelis, Montfort Secondary School, CMS Mahanagar, Navyug Inter College, Bright Land Inter College, CMS Station Road and La Martiniere Girls College. The film was like an introduction for “climate change course” to the students and made them aware and enable them to make informed decisions on how to reduce carbon dioxide from the atmosphere and the recommendations so simple and clear for humanity to follow. 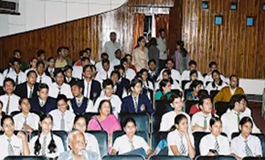 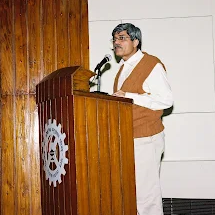 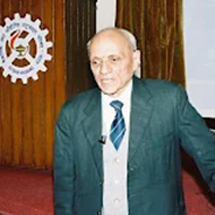 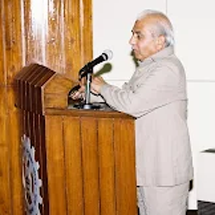