A group of 28 odd plant scientists, environmentalists, academics, nature lovers and NGOs met on 3rd December 1994 at the National Botanical Research Institute, Lucknow, India under the chairmanship of Dr. P. V. Sane, the then director of the Institute, to discuss the ways and means of protecting our environment from the onslaught of atmosphere pollution caused by increasing population, rapidly growing urbanization and industrialization and fast depleting natural resources. 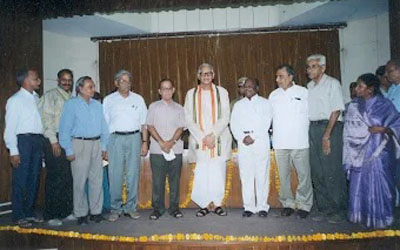 This meeting after detailed discussions and deliberations resolved to establish a society to promote the cause of environmental protection, biodiversity conservation, sustainable development and pollution mitigation, focusing and highlighting the role of plants in attaining the aforementioned objective. The meeting adopted a blue print of the constitution of the Society, which was named as “International Society of Environmental Botanists (ISEB). It was decided to locate the offices of the Society at the National Botanical Research Institute, Lucknow (NBRI), which is a national laboratory under the aegis of Council of Scientific & Industrial Research, New Delhi.

The ISEB is registered with the Registrar of Societies, Govt. of Uttar Pradesh, Lucknow under the Societies Registration Act No. XXI of 1860, (Regd. No. 1818) and it is governed by a duly elected Executive Committee. It is a non-governmental and not-for-profit Scientific Society which aims to promote the cause of environmental protection, biodiversity conservation, pollution abatement and sustainable development thorough research and outreach programmes. ISEB was unanimously selected as a scientific member of International Union of Biological Sciences (IUBS), Paris during its 28th General Assembly held in Cairo, Egypt on 18-22 January, 2004. 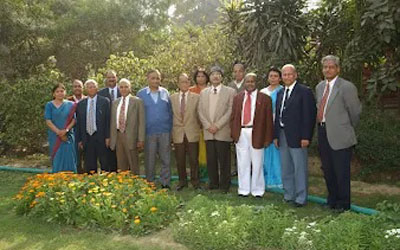 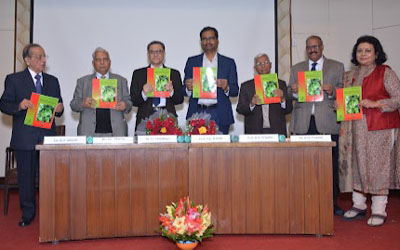 With a view to achieve these objectives, ISEB targets its activities to three sections namely, common man, including illiterate masses in rural and urban areas; students in educational institutions from primary school to university level; and global scientific community (research workers and academics in research institutes and universities) including NGOs.

Since its founding, ISEB has organized a wide spectrum of activities including scientific talks, environmental awareness activities, training programmes, community services, lectures, demonstrations, debates and poster competitions at rural community centers, panchayats, schools and colleges. Besides organizing routine day to day activities like lectures, seminars, debates, mass awareness, and educational programs, the Society has been regularly publishing a quarterly newsletter " EnviroNews " since January 1995. It has played a very significant role in carrying far and wide the message of the Society.A quarterly scientific journal, International Journal of Plant and Environment (IJPE) has been introduced since 2015. Now it is in its 7 th year of publication and has 4 issues per year. and in a short span of 5 years it has gained international acclaim and recognition. 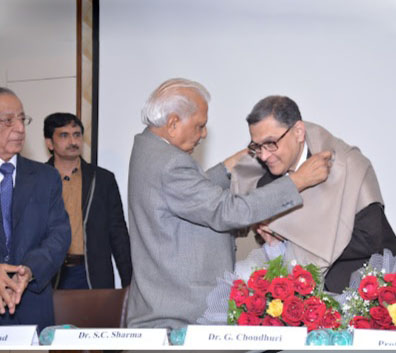 One of the objectives of ISEB is to recognize outstanding scientists in the field of ecology and environmental science through selecting them as Fellow of ISEB. Young scientists are recognized by awarding them with ISEB Young Scientist Medal.

ISEB and CSIR-NBRI jointly organize a series of International Conferences on Plants and Environmental Pollution (ICPEP) in Lucknow. Till date, six ICPEPs were organized in the years 1996, 2002, 2005, 2010, 2015 and 2018 in which leading scientists from more than 40 countries across the globe participated.

It is a matter of great pride and satisfaction that CSIR-NBRI based International Society of Environmental Botanist (ISEB) has completed 25 years of its existence. During this period, the membership of ISEB has grown from 28 to over 550 now covering several countries of the world, besides all corners of India.

AIMS AND OBJECTIVES OF THE SOCIETY